Day four of Leamington Underground Cinema’s 2013 Festival went highbrow, taking place at the very cultured Arts Trail Studios, a not-for-profit, volunteer powered organisation, set up to facilitate and promote the work of artists from deprived backgrounds, or with disabilities. Before LUC’s films got underway, I had time to look around and take in some of the artwork hanging on the walls – there’s some truly superb stuff on display, and I would urge anyone to attend their arts trail, a collection of galleries, studios, cafes and pubs which showcase of some of Leamington’s finest contemporary art throughout the year. Stepping away from still images and on to ones that move and make noises; the evening’s feature was LINT THE MOVIE, Steve Aylett’s homegrown mockumentary about a cult science-fiction author, Jeff Lint. A fictional cult hero, the film features some real life ‘fans’, including comedians Josie Long and Stewart Lee, as well as comic-book titan Alan Moore, the writer behind Watchman, V for Vendetta, and From Hell. As ever, a collection of short films preceded the night’s main attraction, all of which were enjoyable, many of which were outstanding. Below I review my favourites from the evening.

One reason to attend nights like LUC’s, is that you’ll be part of the privileged minority who get to watch great film’s that remain offline whilst they complete the festival circuit. One such film is Gavin Butler’s Lean On Me, a simple story of one pal turning to another in a time of need, which calls into question the meaning of friendship in unexpected ways. A bleak Irish seafront provides the backdrop for a placid conversation about assisted suicide, and the light-hearted manner in which Paddy C. Courtney’s character, a supposedly desperate man, pleads with his chum to provide the means for his own demise, makes for an extremely funny short. The film’s drab look is beautiful in its own way, and is reminiscent of the grey tones that spill forth from the the rural concrete of Shane Meadows’ Dead Man‘s Shoes. Ultimately, the film’s genius is in its script and performance, with Courtney’s odd suicidal whinging made all the more strange by his friend Joe Rooney, who greets his morbid request with an irritated indifference. A witty little short, if you’re lucky enough to catch Lean One Me, it will leave you casting a cynical eye over your nearest and dearest for months to come. 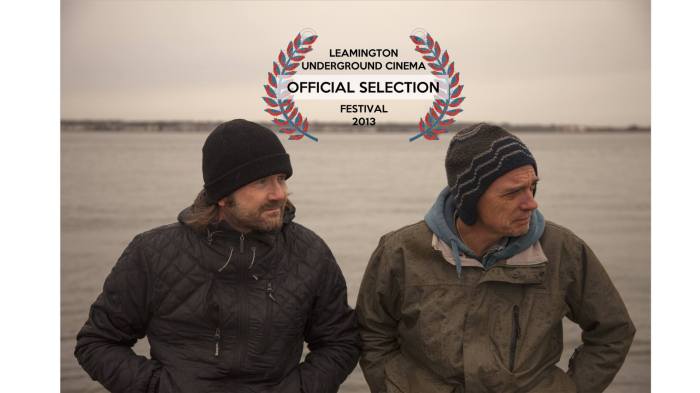 A macabre tale of marital reconciliation, it is no surprise that the disturbing, yet sincere Fawked has made it to the list of finalists competing for LUC’s £1000 Shorts Prize. James Roots’ dark film intercuts straight forward scenes of strained domestic dialogue, with a collage of highly expressive images, concentrating on form and colour (a particularly harrowing motif that is used, is an upside down shot of a car bonnet in which the light, slithering across the vehicle’s metallic surface, contorts what is already a confusing and nauseating perspective). A choppy edit jumps through time, and along with some loose handheld camera work, we skim across a reckless but utterly believable reaction to an unfortunate turn of events. Terrifying in its tendency to understate a grim state of affairs, Fawked shows that love can be found in the most unlikely of places.

Two tales in one, I’d Rather Have a Memory Than a Dream is a split-screen narrative in which two different versions of the same story are told side by side. In one, a man and woman playfully hold hands in a romantic adventure, in the other, a depressed male is dragged along by his arm as a prostitute leads him to a secluded area where their exchange can take place. Toby Gorman’s cinematography colour codes both stories, such that bright yellows and reds contribute to the rustic charm of an old playground on one half of the screen, whilst pale tones uses the same scenery to paint the very different picture of a dilapidated wasteland on the other. All the while, Matt Allsop’s smooth steadicam movements sweep effortlessly through the short’s surroundings, bestowing it with a dream-like quality, and Toby Bricheno’s original score ‘Memodream’, infuses I’d Rather Have a Memory with a sense of melancholy, and distances us from the events that unfold before us. Matt Strauchan’s short is not completely without humour though: In one particularly sour gag, we see the woman apply some lip balm as she prepares for a first kiss, whilst the other side of the screen shows her preparing to perform fellatio. A masterclass in the effectiveness of simple composition and comparison, I’d Rather Have a Memory Than a Dream leaves a bitter-sweet taste in the mouth.

I’d Rather Have a Memory Than a Dream

Showing that lo-tech can achieve high-quality too, Harry Gilliatt’s CORNERED tells a surreal story through a low contrast, grey-and-white aesthetic. The film’s set consists of nothing more than shadow and living room furniture, and a man consults the encyclopedia of his expresionistic universe – a book which lists a number of different shapes. In a world where nothing should be round (the sofa, rug and table all consist in right angles, and chapter one of the man’s book details the features of ‘THE SQUARE’), his foe takes the form of a autonomous and mischievous ball. Eventually finding a chapter on ‘THE CIRCLE’, the man comes to befriend the ball, showing that CORNERED is all about understanding the unknown… in a roundabout way. 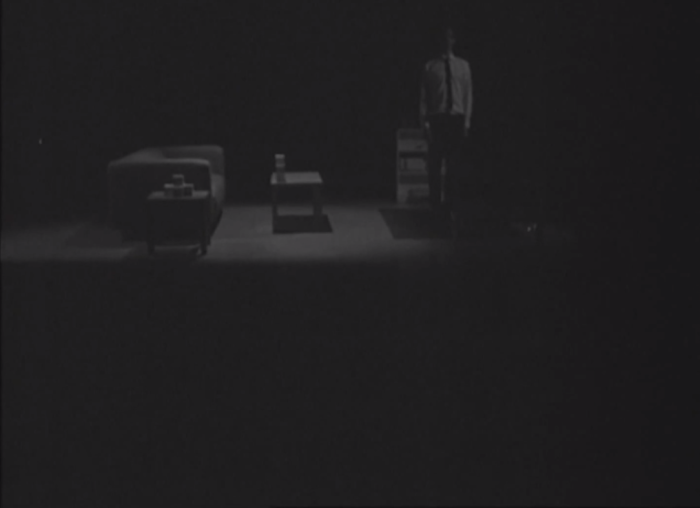 Finally, I end today’s review with what was my personal favourite of the night, Wild Life. A bizzarre short about a lonely man who talks to a set of cardboard animals, Wild Life had the whole audience laughing out loud. The film begins as Robert Hamilton’s character stares gloomily into space. But when a cardboard cat appears, Hamilton becomes elated. What follows is a tour-de-force of crudely drawn crayon creatures, including a zebra, two dogs, some fish, and a mouse called ‘Mr Cheesebox’. Hamilton’s bombastic performance comes like a demure Brian Blessed, pulling knockout comic blows through his refined accent and clear annunciation of one sided conversations with his animal friends. James Gray’s gypsy-esque piano and fiddle score captures the electric whimsy of the whole situation, before shifting gears into sombre tones of mourning as tragedy befalls some of the cardboard animals. Unlike anything I’ve seen before, writer and director Kevin Maynard stole the show with Wild Life, and I urge readers to watch this weird and wonderful short immediately. 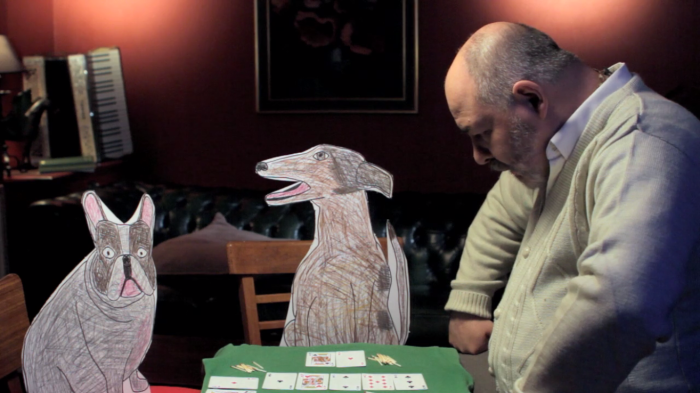 That wraps up my review of day four of Leamington Underground Cinema’s 2013 festival. The event is flying by, so make sure you come and enjoy the fun while it still lasts! Tonight’s screenings will take place at LAMP, and I’ve been promised that the films on offer will blow you out of the water. Tickets are only £5, but are going fast, so make sure you get yours before they all run out. I’ll be posting my thoughts on these films, as well as the rest that are shown throughout the week, on this space – so be sure to check back again soon.